Welcome to 3i Infrastructure 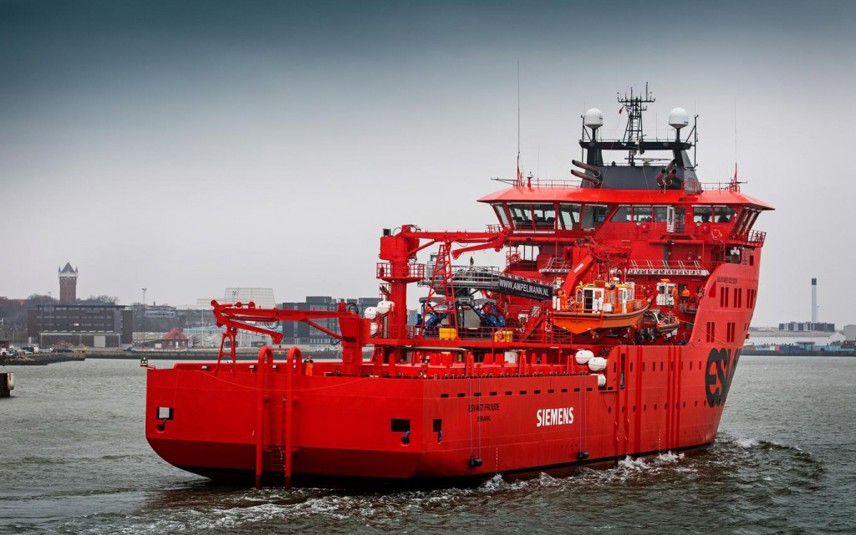 MHI Vestas and ESVAGT are building on their existing relationship in the growing offshore wind market, with ESVAGT due to deliver another Service Operation Vessel (SOV) for MHI Vestas in August 2019. The SOV will operate in support of the Deutsche Bucht (DeBu) offshore wind farm project.

The new 15-year contract is not only the longest in ESVAGT’s history, but it is also the largest in terms of value.

“This contract builds on the strong relationship we have had with MHI Vestas since 2010. We are very pleased with the trust MHI Vestas is showing in us by signing a deal of this magnitude”, says Chief Executive Officer Søren Nørgaard Thomsen, ESVAGT A/S.

MHI Vestas and ESVAGT have collaborated on the Belwind 1 and Nobelwind 1 offshore wind farm projects in Belgium since 2010, where a newly built SOV will commence its 10-year charter period as a replacement for the ‘Esvagt Supporter’ this autumn.

The SOV for the DeBu project reinforces ESVAGT’s position as the market leader with the SOV-concept, efficiently servicing far-from-shore wind farms.

The SOV will be equipped with a walk-to-work gangway system in a bespoke tower with a crane placed on top of the tower, which, together with ESVAGT’s unique Safe Transfer Boats STB 7 and STB 12, will contribute to the safe transfer of turbine technicians, tools and spare parts.

“The ship is optimised and tailored in accordance with the client’s wishes and needs”, says Kristian Ole Jakobsen, Chief Operating Officer, ESVAGT A/S:

“MHI Vestas has prioritised a fuel-efficient ship and we are proud to be able to deliver a vessel of this size with remarkably low energy consumption. Simultaneously, the STB 12, which is able to call port independently, will positively contribute to a decrease in the overall fuel consumption of operating the wind farm,” he says.

The SOV will be built in the Zamakona shipyard in Bilbao, with whom ESVAGT has had a close association for a number of years.

About the Deutsche Bucht project

MHI Vestas Offshore Wind is a joint venture between Vestas Wind Systems A/S 50% and Mitsubishi Heavy Industries (MHI) 50%. The company’s sole focus is to design, manufacture, install and service wind turbines for the offshore wind industry. The company aims to drive down the cost of energy from offshore wind parks by driving capital and operating savings, and increasing output of wind turbines by bringing the best technology to the market. The company is founded on collaboration, and creating powerful partnerships with key stakeholders as the cornerstone of its business model.

ESVAGT is a dedicated provider of safety and support at sea, founded on an experienced and well-trained offshore crew and unmatched rescue capabilities.

ESVAGT was founded in 1981 and has a fleet of more than 40 vessels and more than 900 employees on and offshore.